So, I’ve been experimenting a bit with 35mm film. Its the unpredictability of not knowing how they’ll come out until they’re collected from the lab.

First up, I took one of the rolls from my collection of expired film. Expired film normally gives a soft finish and dream like effects to the film anyway but this just wasn’t enough anymore.

I started by taken the film from the plastic pot it came in and filled the pot with some fizzy lemonade. Pop the film back in an leave for about an hour. Once the time is up, wash the film down with cold water an then it was left to dry for about 3 days on the window sill. 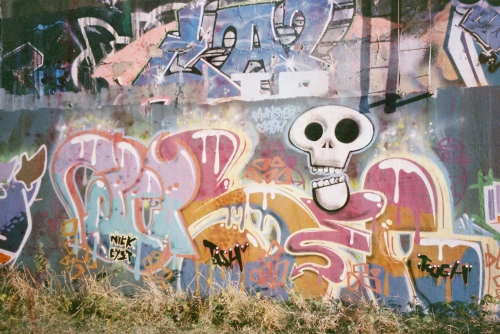 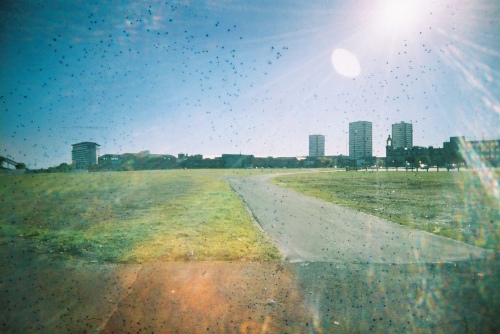 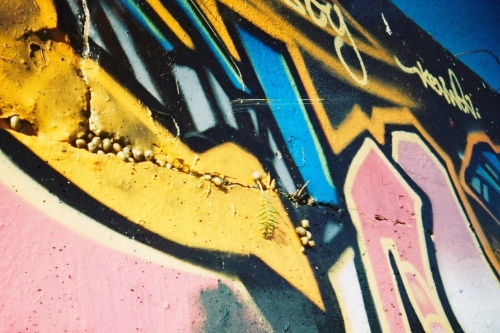 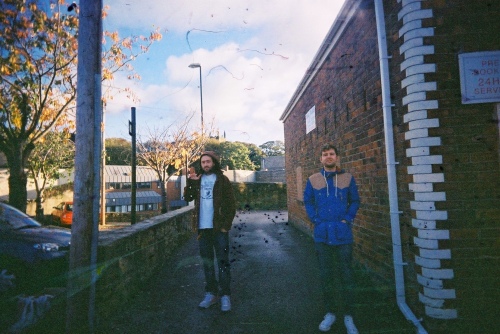 I was a bit disappointed by the results as I was hoping for more colour changes. The main effect is little black dots (I’m guessing from the bubbles in the lemonade) and a couple look as if the emulsion on the film had cracked.

Try this at home, it kills a few minutes on a rainy day…